Martin has over 25 years experience of applying human and organisational factors in high-hazard industries and complex systems.

Could you forget your child?

This may sound like a strange title for a human factors blog post. I’d like to highlight a type of accident that occurs around the world, partly to bring this issue to your attention for those of you who look after young children; but also to prompt you to consider how memory failures and distractions can be managed in the workplace.

In the United States around 38 children die each year from hyperthermia (heatstroke) in a stationary vehicle. The temperature inside a vehicle can reach 50 degrees C in minutes, although fatalities have occurred at 15 degrees C. It can be 20 to 30 degrees hotter inside a parked vehicle than the outside temperature. Most of the temperature rise occurs in the first 15 minutes. A young child’s body overheats four times faster than an adult, resulting in devastating injury, permanent brain damage or death.

In over 50% of these cases, the person responsible for the child’s death unknowingly left them in the vehicle.

Sometimes children play in vehicles and lock themselves in, but half of the fatalities result from children being ‘forgotten’ by their parents or carers.  I’ve reviewed some of the recent cases to understand how and why this happens; what can be done to reduce these events, and see if the lessons could apply to human performance in the workplace.

The inquest reports are distressing, to say the least. In several cases, the parent forgets to drop their child off at daycare on the way to work, leaving them in the vehicle in the office car park for the day. Often, the terrible mistake is only revealed at the daycare centre at the end of the working day. This happens to the most loving, caring and protective parents – recently a teacher, dentist, social worker, professor, police officer, nurse, clergyman, soldier and NASA engineer.

How is this possible? How could anyone forget that their child is in the vehicle? I’m sure you would like to believe that you could never leave your child in a vehicle for the day. . .

If we apply the human factors approach to understanding these events, then several factors can be identified that may make it more likely that a child could be unintentionally left behind in a vehicle. Elsewhere on this website I have discussed these Performance Influencing Factors. Many new parents experience a change in their normal daily routine, a lack of sleep, stress, fatigue, distractions, hormone changes etc. All of these are factors known to contribute to human unreliability, and often come together to create the perfect storm of events leading to a parent unintentionally leaving their child to die.

Sometimes we delegate skilled, routine activities such as driving to our ‘autopilot’, whilst we juggle other activities such as mobile phone conversations. You may have experienced this after a frequent commute – arriving at a familiar destination, but having little recollection of the actual journey. Then on arriving at the office car park, parents may be running late, thinking about their work activities, and falling into their daily work routine.

These incidents were relatively rare until the dangers to young children of front and side airbags in the front passenger seats encouraged the use of child safety seats in the rear of the vehicle. Car safety experts then recommended that children in these safety seats face the rear of the vehicle. This is a classic case of transferring risk – by reducing one type of event (crushing injuries to young children when front airbags are activated at low vehicle speeds), a second event has become more likely (children in rear seats being forgotten).

Looking now at the children themselves, we note that rear-facing child safety seats look the same to the driver whether they are occupied or not; and young children often fall asleep in rear-facing seats – becoming quiet, unobtrusive little passengers.

The causes of forgetting something are often the same, regardless of the item – for example, whether it’s a mobile phone or a child. However, we use our mobiles frequently during the day and we realise our loss quickly. The difference in these cases is that the parent thinks the child is at daycare, and so unless prompted by a concerned call from someone expecting the child, they do not realise their mistake until it’s too late.

“Parents lose awareness that their children are in their cars. Tragically, these parents report that they had pictures of their child on their desks, they talked about their child, and even left work on time to pick up their child from daycare”, Dr David Diamond, neuroscientist, University of South Florida.

How does this link to ‘Just Culture’?

Forgetting a child in the back seat of a hot, parked car is a mistake. But would you consider it to be a crime? Can there be a crime if there is no intent? In around 60% of the cases in the United States, it IS determined to be a crime, such as involuntary manslaughter. In the other cases it is seen as a terrible accident, and the parent or carer is thought to have suffered enough, often continuing to suffer their own life sentence.

Either way, public opinion of these parents is overwhelmingly negative, social media is awash with comments that this could ‘never happen to them’, and that these parents were simply ‘bad’ parents. Many readers will be familiar with the ‘bad apple’ theory – the idea that workplace incidents are due to unreliable people, perhaps someone not paying enough attention. The solution appears simple – removing or retraining them, revise a procedure or add a little more technology. These quick fixes that focus on individuals rarely address the real issues.

Just Culture is a phrase used in many industries, and usually tied-up with discussions around investigations and ‘blame’. However, if someone’s behaviour was unintentional, it doesn’t help much to say what they should have done differently. To learn and improve, we need to understand why they behaved the way that they did.

Here are some simple tips that parents and caregivers can follow to help prevent these tragedies.

To prevent you from unintentionally leaving your child in a rear seat for a prolonged period:

To help prevent children from getting into a vehicle on their own:

If you see a young child alone in a vehicle in hot weather, get involved. If they seem hot or sick, consider getting them out as quickly as possible. Call the emergency services immediately. Finally, if a child is missing, always check the pool first, and then the car, including the trunk or boot.

In the United States a child is killed by their parent, family member or other carer every 10 days by leaving them in a hot vehicle. These tragedies also occur in many other countries (for example, there have been several in Australia in recent years). The most dangerous mistake that you can make after reading this article is to think that unintentionally leaving a child alone in a vehicle could never happen to you, or your family.

Memory failures and distractions in the workplace

Above, I stated that the mechanisms that lead someone to misplace their mobile phone are generally the same as those that lead a parent to unintentionally leave their child in a hot car all day.

We would all admit to making errors or mistakes in our domestic lives. We forget to turn off electrical appliances. We leave home without our wallets or our work ID passes. We use the wrong PIN when paying with our credit card. We arrive home, realising that we meant to stop off on the way to refuel our car. Similar ‘human errors’ can occur in the workplace, and they are caused by the same conditions, factors and mechanisms that cause the mistakes we make outside the workplace.

A key part of preventing human performance issues in the workplace is identifying what needs to go right, and then putting in place measures to ensure that it does. 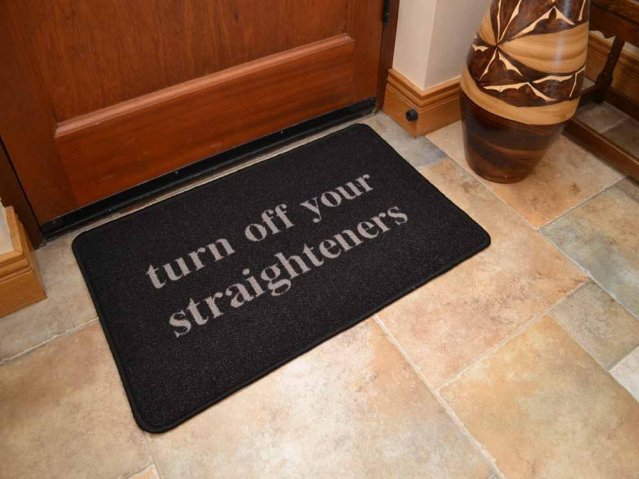 A timely visual reminder just before you leave the house . . .

All views expressed on humanfactors101.com are my personal opinions.